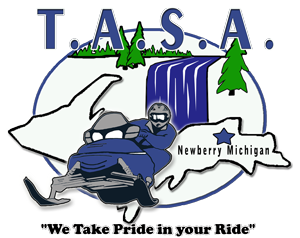 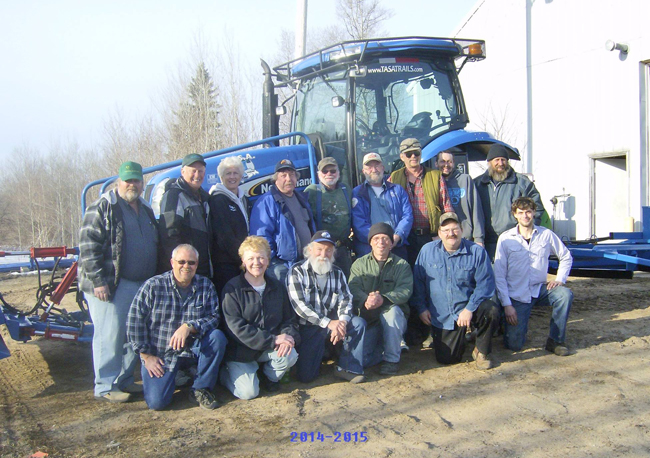 THE HISTORY OF TASA &  HIGHLIGHTS OVER THE YEARS
In 1987 a group of 7-8 local business men and citizens got together to discuss the prospect of forming a snowmobile club with the idea of opening up Newberry to snowmobiling.  Up to that point in time, it had been against the law to ride snowmobiles within the village limits—illegal for 14 years.  Snowmobiling had become source of increased revenue generating business in the winter months.

After several meetings it was unanimously agreed that an association would be created with the following criteria in mind:

In order to establish routes, there were several more meetings involving the DNR.  Legalities and requirements such as obtaining leases, what is considered trespassing, etc was discussed.

At the time TASA became organized, there was a trail from Dollarville northward and a trail on the south side of Newberry going to Trout Lake to the east, and to McMillan and Curtis to the west.  After TASA was organized, permission was granted to close the Dollarville trail and open the 3 Mile grade.  This would connect the trail on the Charcoal Grade and have greater access to Newberry.

The Village Council approved routes into and through Newberry.  This action opened up access to motels, restaurants and gas stations.

In the summer of 1987, the trail from Newberry was established which involved removal of trees, brushing and bulldozing the trail in. This undertaking involved a lot of effort on weekends by the members.

During the latter part of 1987, it was decided that TASA would hold fund raising events such as poker runs, snow carnivals, breakfast fund raisers, hot dog safari and provide promotional packets to the snowmobilers.

TASA purchased its first groomer in 1989. It was a Trac-Truck which was used through 1989-1991. This particular groomer proved to be ineffective for snow depths in the U.P. The purchase price was $32,000 of which the EDC donated half. Jim Buckingham collected another $19,000 from area businesses.

When TASA started grooming, it was responsible to groom 3 Mile Trail North to the High Bridge on CR 407 and Charcoal Grade to the Upper Tahquamenon Falls. This was a combined distance of about 60 miles. The State said that in order to qualify for payment TASA had to groom two times per week, which figured out to $506 per week.

Because the Trac-Truck proved to be ineffective, TASA then purchased its first LMC in 1991. Since then TASA had 3 LMC’s and eventually converted to 3 LAM Trac’s. The Trac-Truck was sold to Tri County Snow Association for $25,000. The purchase price of the first LMC groomer in 1991 was $76,145.52.

In 1991, discussion was started about a trail from Newberry to Hulbert.   A winter carnival was slated and a “Blessing of the Sleds” as well as holding Special Winter Olympics was discussed.

In late 1992, TASA purchased the Bombadier groomer from the DNR for $4000. In early 1993, it was decided to try to sell the Bombadier for $6200. In 1993, Newberry Area Tourism Association made its first donation of $3000. More fund raisers were discussed, with Skip Brockman suggesting a pastie sale.

In June of 1994, it was decided that TASA would have a booth at the Luce County fair to sell TASA membership.

In 1995, TASA had a booth at the fair again to promote TASA and sell memberships.

The first TASA board and groomer party was held August 5, 1995 at Camp Snort.

In 1996, discussion of adding a “lean-to” on to the existing barn so TASA would have an area to store signs. Also needed an estimate on a ventilation system for groomer exhaust. Talk of adding a trail behind Zellar’s Restaurant at this time.

March 1998 TASA was asked by the DNR to take over the northern portion of the south trail system. This was tabled.

In late 1998 the DNR leased their Tucker for TASA to use on the south trail in exchange for the club purchasing parts and the DNR would provide mechanic.

In 1999 the DNR assigned TASA the South Trail. This trail is from Newberry to Trout Lake and to Cut River is approximately 65 miles (one way).

Fall of 1999, the DNR staging area at the end of 3 mile would be completed by the end of the following summer.

January 4th, 2000, the board decided to make Bob Brown the official groomer operator trainer. Any new hire HAS to go with Bob 4 times in order to be considered a groomer operator. The board also decided to form two committees; one to write employee policy and the other to do the hiring and firing.

December 2000, the wrecked sled display at staging area by RR tracks is up.

November 6, 2001, TASA had discussed a possible re-route of the “town trail” to run from Roberts Corners to Dump Road. The County Commissioners said NO.

December 4, 2001, Cathy Clementz, Northcountry Campground & Cabins, informed TASA about the trail report at www.michiweb.com that she was currently doing for the area. Everyone agreed this was a big plus.

In 2001-2002, the 3 mile trail had been re-routed in order to omit the trail through the swamp between Wolf Inn and Pine Stump. At the time of that re-route, the trail was then 49 miles to the High Bridge. Since 2002, there have been a couple of additional re-routes of the North trail. Currently, #9 North is approximately 50 miles in length. #45, the Falls trail, is approximately 30 miles.

January 8, 2002, TASA and the Chippewa Snowchasers are still trying to get a trail from Newberry to Hulbert.  Sometime between December 2001 and January 2002, Cathy Clementz became acting Secretary for TASA. 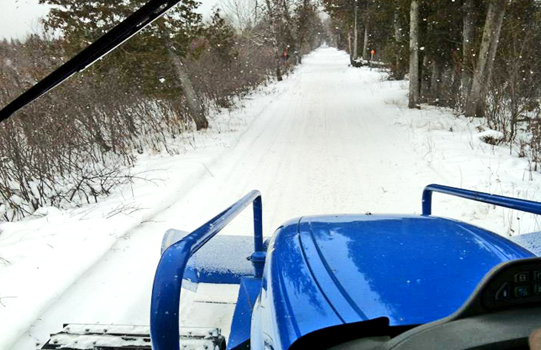 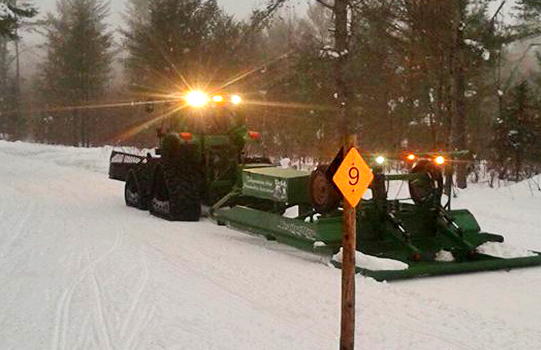 February 19, 2002, TASA had another meeting with the Co. Rd. Comm. regarding using the Roberts Corners and Dump road as an alternative to “getting around the village”. All were in favor except for one person. No go again.

April 2, 2002 The trail behind barn is a BIG problem. The trail to the Falls though the swamp has huge holes to fill in. The DNR said to use bark. At the annual election, Cathy Clementz became Secretary for TASA.

May 21, 2002, Secretary Cathy Clementz submitted several choices for a motto for TASA. It was decided to use “WE TAKE PRIDE IN YOUR RIDE!”

June 18, 2002; trail behind motels in Newberry is a GO!!! TASA is now responsible for grooming the trail “around town”, behind the motels on the west side of town, past the prison and out to the parking lot of the Comfort Inn.

August 20, 2002; Judge Ford wants the trail that runs between the staging area by the RR tracks and to the Tribal Center FIXED!  Bob Brown made a motion to purchase a Ford New Holland groomer.

September 17, 2002; Velvet Green Creations designed a website for TASA for free.  Trail from RR staging area to Tribal Center is repaired and looks like a highway.

February 18, 2003; TASA board discussed purchase of a $25,000 brush hog attachment for new groomer. TASA looking at radio phone system similar to what the EMS uses. It would cost $1800 to install in all groomers. Tabled.

TASA and a few citizens are being sued for a 1999 accident on the Falls trail. Plaintiff missed a bridge (which was properly signed).

New logo and motto being implemented on sweatshirts, caps, membership cards and certificates and thank you notes.

December 16, 2003; the board moved to sign an affidavit to dismiss the lawsuit. Lawyers concur that TASA had done everything correctly.

November 2, 2004; TASA received a grant for the trail behind the Tribal Center.

December 21, 2004; Tim Maskus informed the TASA board that TASA could get communication radio’s similar to what the Co Rd Commission uses for $600 per radio and a fee of $20 per month per radio.

February 5, 2005, Secretary Cathy Clementz presented $818 to TASA that was raised during a fun run that the Middle Point Snowtwisters put on for TASA.

August 9, 2005; TASA received 3 bids for the upgrade of existing trail behind the groomer barn. Need DNR and DEQ permits before we can proceed.

December 20, 2005; Heartland Forest Wood Fund has sold acreage to the Nature Conservancy group. No idea if this will mean a re-route of a portion of # 9 North.

January 31, 2006; The Nature Conservancy group has written several stipulations of which snowmobilers must abide by in order to cross this land.

DNR finally inspected trails and said the signing was excellent. Bob reported it was too warm to groom.

October 10, 2006; Paul Gaberdiel, DNR to inspect trails so we can apply for start up money. Paul also told TASA that we need to get bids on snowplowing and port a johns this year as the cost is over $2500.

November 7, 2006; Due to a 20% increase in cost of the groomer (emission standards and rising cost of steel), TASA needs to come up with an additional $6000 for our share of the purchase.

Cathy Clementz was asked to make up signs for each groomer that stated “No smoking, no alcoholic beverages & no “NON TASA” passengers in the van or any of the groomers.

WILL BE UPDATED AS TIME ALLOWS.

TASA trail system was voted #5 for the snowmobiling destination in America’s Top 10.  Our trail system ranked # 1 in Lake Superior magazine. 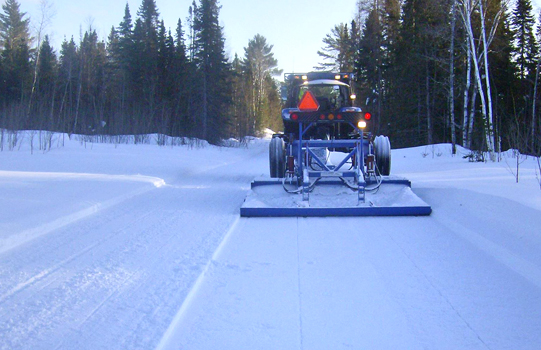 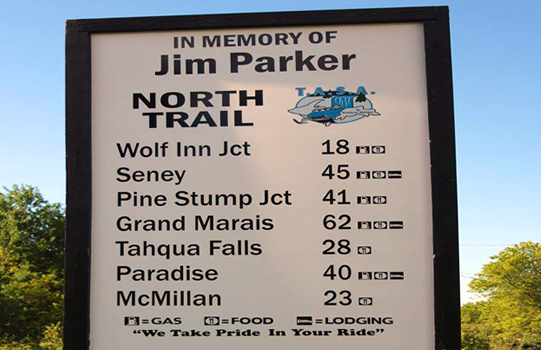 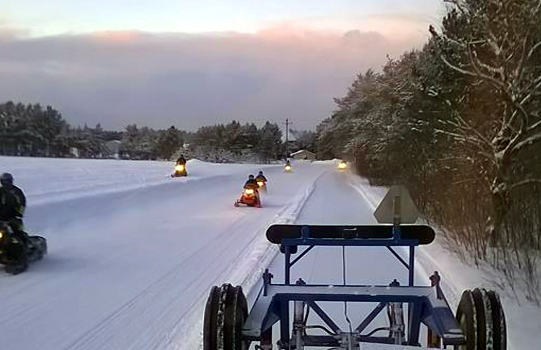 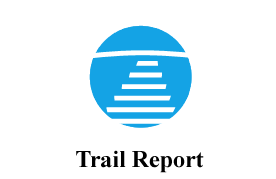 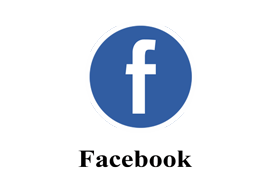